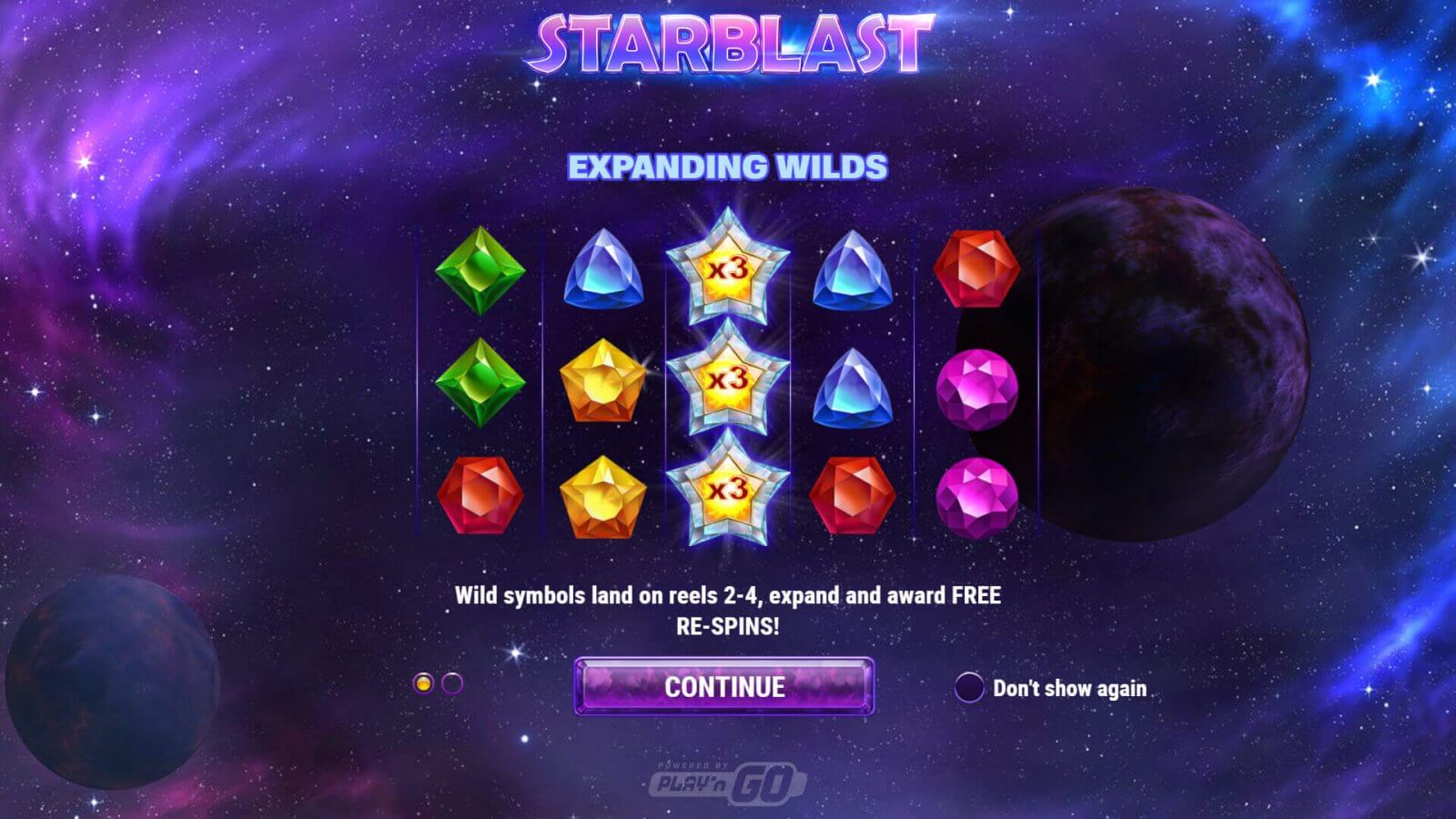 Play’n GO has added a new StarBlast game to its portfolio. The name of the slot is literally translated as: “Star Blast”, the design theme corresponds to the name of the game.

The game is equipped with additional functionality: expanding Wild symbols, RE spin function. Thanks to these functions, the potential of the game is quite high, and will allow you to get a win 4000 times the bet.

The game field consists of 5 vertical reels and 3 horizontal rows. Combinations of characters consisting of three or more identical images located on one of 10 lines, bring a win to the player. The calculation of winnings takes place on the left and on the right side of the playing field.

Expanding Wild feature. On the second, third, and fifth reels is the Wild symbol (the image of the star). At the time of its appearance, it expands to the entire game drum and replaces any symbol on the playing field.

Expanding Wild can additionally multiply the win by X2 or X3. When Wild appears on 2,3,5 reels, additional multiplication of winnings can reach X9.

RE-spin function. Activated when Expanding Wild appears. At this point, re-free rotation, with Wild symbol attached to the drum.

Conclusion on Starblast from Play’n GO

xperienced players will immediately recognize the mechanics of the game, it is almost identical to the StarBurst game from Netent. Even the images of characters are no different, except for the drawing of images. The only major difference between Star Blast and the game is the presence of Wild symbols, which additionally multiply the winnings, thanks to which you can multiply the initial bet 4000 times.