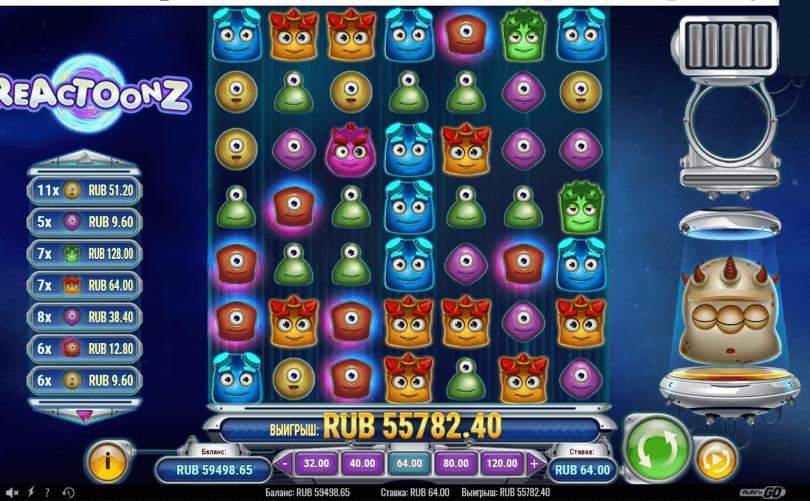 These fucking comrades and even worse. Played almost a month without outs. The other day, I got lost in the Rox casino and poured around 150,000 rubles to the Reactoonz with a dude via Skype, the bonus was given exactly once, at a rate of 800 rubles it turned out about 30,000 rubles. More than anything remarkable during the session did not happen except to spend all the money. According to the Rocks, not to say that the casino is top-level, and the limits are generally ridiculous (I have 60k to withdraw per day), but this is the only casino in which I have already raised + 100k from kopecks several times. At the request, I can show screenshots from the cash register. 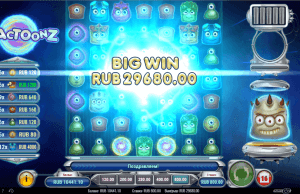 So, I’m dropping last night, Reactoonz throws 5 bonus items, but then the whole profit merges. This morning, in search of the expansion of slots, I find points on the balance, I exchange a total of 169 rubles. Immediately I catch a 40p bonus on x100, then I raise the rate to 64 rubles and it drops x1000. I’m just awesome. No, I don’t give a shit about the green mower, I just got an understanding … in order to win a million – you must first lose a million. If only I could put such a combination at the working rate – 240-400 rubles per spin, but no. Roughly speaking, the casino returned a part of the one that was filled the day before, nothing more. Ps.: Threw half of the attendants dude, scattered the rest on business. 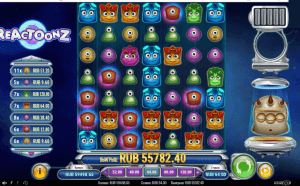 Reactoonz became popular among the masses after a foreign dude brought a million euros to the Bob casino. In fact, the slot is still obscurantist, trolls and gives nothing. I can safely remember how I poured a lot of money into BitStarz over, just tears. But you need to remember – this is Play-n-Go, a freezing provider who either gives a lot or vice versa – without a chance. In any case, Reactoonz as a replacement for the non-free Space Wars is good. A little later I will write about the game results of the month. And so, the day began clearly, there was zero money, it became more pleasant. Payments made quickly.