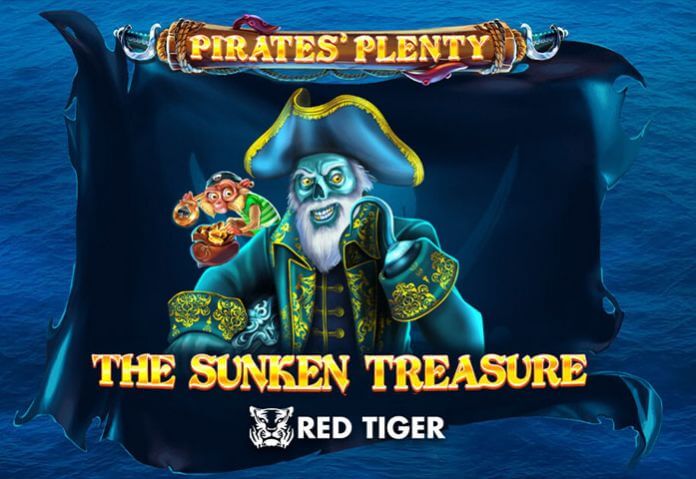 Red Tiger Gaming studio has released the Pirates ’Plenty slot machine in the spirit of Monkey Island computer games from LucasArts. Players are invited to go on a voyage in search of lost treasures.

At the beginning of the game, 5 drums are involved against the background of the ship’s cabin, on which images of the Jolly Roger, pirate cocked heads, cannons, muskets and bottles of rum appear. Gembler also has to collect pieces of a treasure map, which subsequently activates the 6th reel. The video slot uses expanded wilds in the form of a ship in a glass bottle, which not only replaces standard symbols, but also multiplies the winnings by 2, 3, or 5 times. The Wild Ships feature is available only after activating the Treasure Reel sixth reel.

Another bonus function activates the monkey in the pirate bandana, which got the role of the usual Wild. When a small animal appears on the reels, it steals all low-paid symbols in the form of gold coins with card suits from the playing field, and more expensive icons appear in their places.

10 free spins are awarded for three scatter with the inscription Ocean Spins. In the bonus round, three chests appear above the playing field. When a ghost pirate with a gold key appears on the reels. To open each chest, you need to collect three keys, after which one of the symbols until the end of the free spins is turned into a wild, and the player gets additional free spins.