Scientific Games offers the slot machine Jin Ji Bao Xi, which will present the concept of Jackpot Wars to the public for the first time. It is designed to attract a generation of gamers. Unlike conventional slots, in addition to the usual game slot offers tournaments in which you can win progressive jackpots with their own personalized robots.

The slot Jin Ji Bao Xi itself is not impressive. The usual Asian theme, drums 5×3, free spins. But scrolling drums, players collect tournament tickets, through which they can enter various tournaments. Tournaments consist of several stages, each of which should fight against a robot of another player. The prize is divided between those who pass in the late rounds of tournaments.

In addition to tournament tickets, players during the main game collect gear symbols, which are then used to personalize their robots. These will only be external changes that do not affect the success of performance in tournaments. 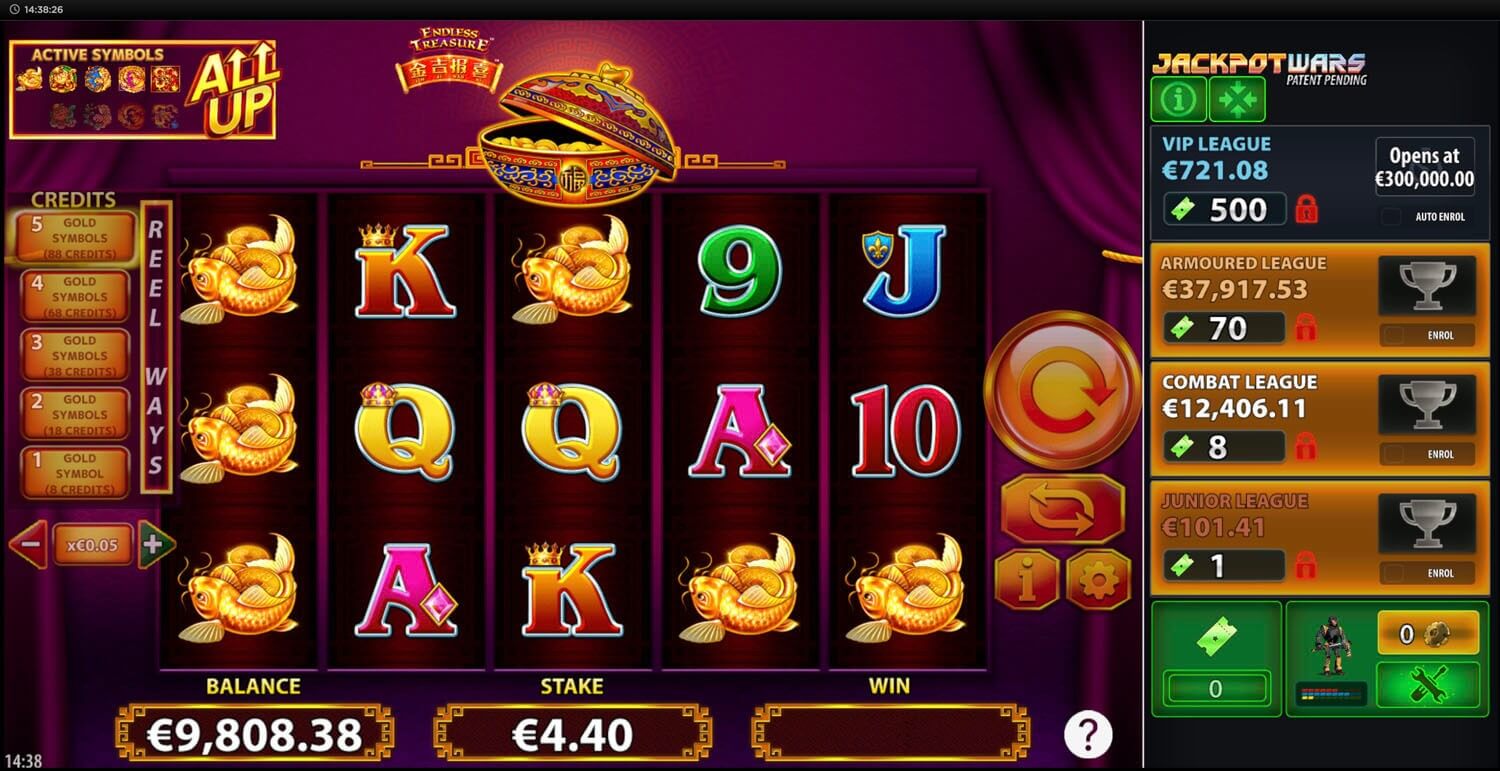 For every €25 set, a player gets 1 tournament ticket, and for every €0.20 1 pinion. A small percentage is added to the prize pool for each jackpot. When the desired amount of the jackpot is collected, the countdown starts at 30 minutes and registration for the tournament is available at this time. The tournament starts when there are 16 participants and the 30 minutes allowed are over.

During the tournament, there will be 16 rounds, in which two robots of different players meet. Chances to win at each of them are equal, 50%. And the amount of the jackpot is divided among the four winners in the following percentage of the total amount: 1st place 85%; 2nd place 10%; 3rd and 4th places 2.5% each.

3% of each bet is allocated to four accumulative jackpots. Each of the four jackpots has a different prize pool. One tournament is one draw of one jackpot. Depending on how much you target, you will have to pay a different price for participation:

The game has a built-in store, where you can buy items to personalize the robots. This is a purchase of weapons and ammunition, the change of various physical characteristics.

Robot Wars is not a single launch. The developer plans to expand this series of Jackpot Wars. The second slot, Jinse Dao, should appear in the casino Scientific Games November 17 this year.