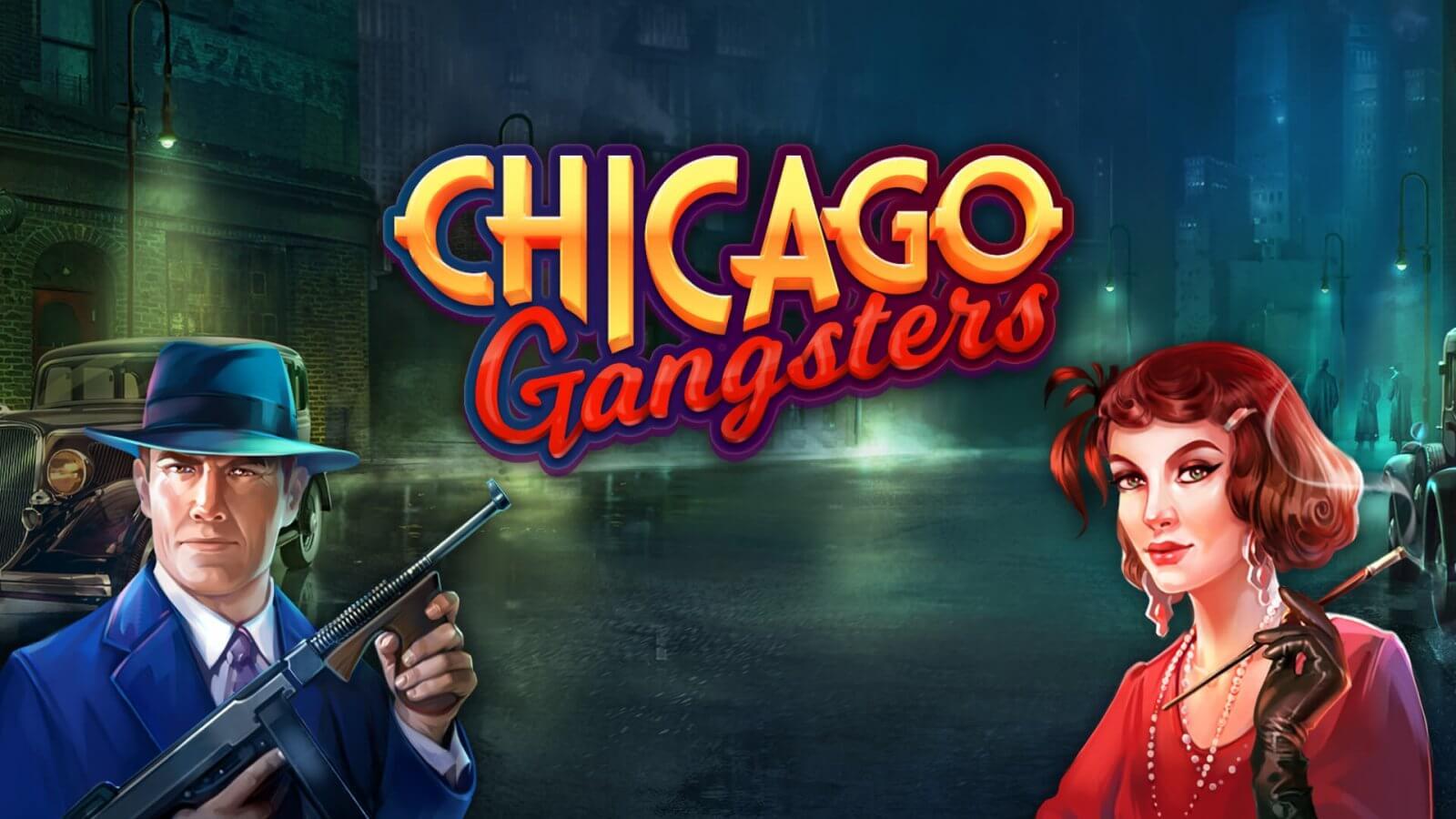 For our second September release Playson invites players on a thrilling journey into the dark underworld of 1930’s Chicago Gangsters. Designed to match the bleak autumnal mood, this new feature slot is dressed to impress fans of classical movies depicting infamous prohibition mobsters.

The background showcases old-style caddies parked in dimly lit alleys on a chilly, damp night. Just as players used to descend into illicit underground casinos, when you enter the game you’ll be greeted by soft jazz tunes, whisky glasses and thick cigars. The main characters are the ruthless gangster clutching his tommy gun and his seductive companion. Further symbols contribute to the atmosphere, such as mystery playing cards, automobile icon and casino chips.

The Chicago Gangsters is set on a 3×5 grid, with 20 pay lines. A number of unexpected surprises lay in wait for players, including face-down cards as Mystery symbols, Wild symbols and an in-game bonus round offering three fixed jackpots, a brand new feature for Playson!

The Mystery symbols land on the reels as face-down cards, only to reveal a number of identical symbols.

The dramatic climax of the game, however, is the Bonus Game, which is triggered when 6 or more red chips land on the reels. During the bonus round, chances are high to win one of the three in-game jackpots, the Mini, the Major or the coveted Gand Jackpot – which pays 1000x the bet value.

The Chicago Gangsters is available on both desktop and mobile devices.