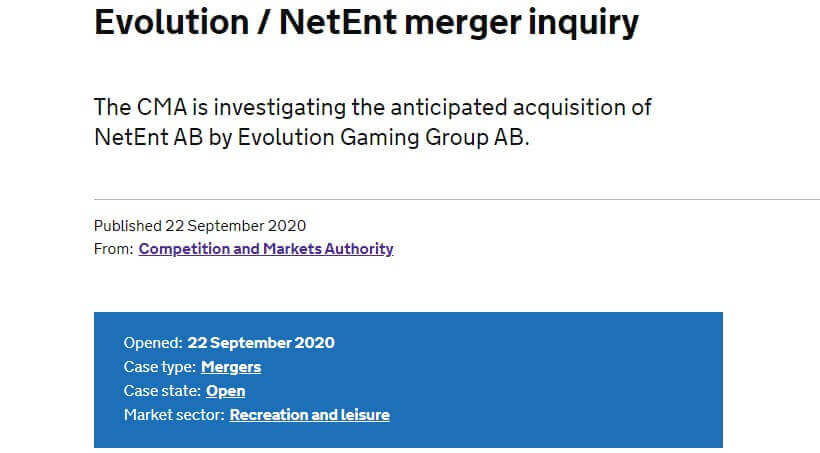 The UK Competition and Markets Authority (CMA) is concerned that the transaction that will make Evolution Gaming the owner of NetEnt will reduce competition in their online gaming market. It was, therefore, announced that a merger investigation would be launched on 22 September.

On 21 September, the CMA sent an official notification to both companies that the investigation would begin. The office announced that it had received comments on the transaction and that competition in the market might be lost. Comments will be accepted from all interested parties until 5 October. The proposed date for the announcement of the decision on this matter is 16 November 2020. But the CMA notes that the date may change.

In principle, there is no overlap between companies’ activities. NetEnt has a division of live casinos, but their main activity is slot machines. Whereas Evolution Gaming is purely a game with real dealers. Although the Directorate of Competition and Markets is more aware of the risks to the market behind this merger.